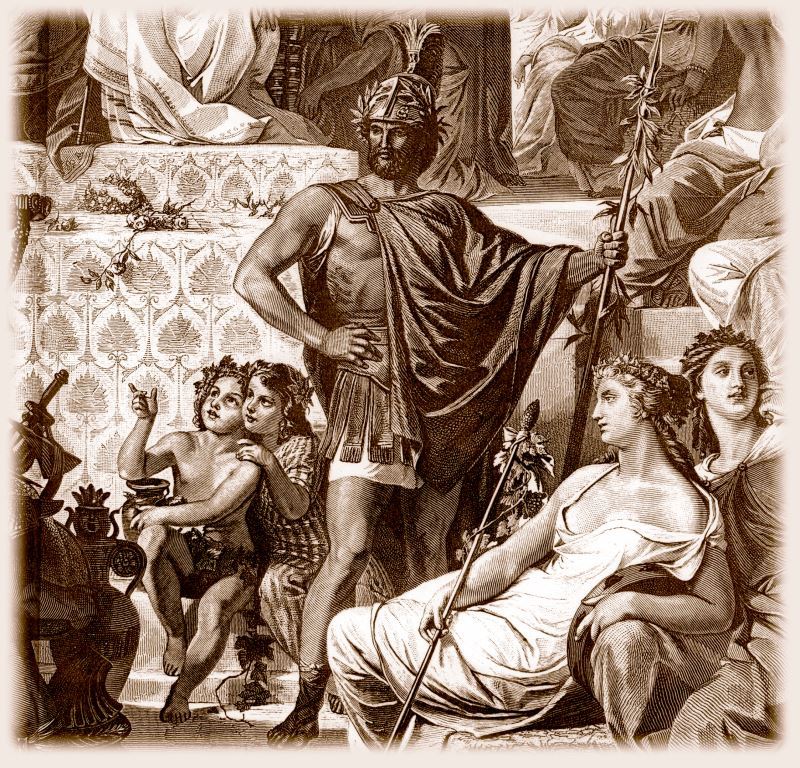 Myths were made so that imagination gives them soul.
Albert Camy

The mythological past of the two islands in the western end of the Greek world, Kefallinia and Ithaca, is indeed admirable. It is difficult to trace the imaginary line where the myth ends and history begins. The Kefallinian Tetrapolis (four City-States) for example, belong to the historical era. But their coins bind them tightly to their mythological past. The same applies to the great king of the Kefallinians, Odysseus, as well as many other subjects that balance the mix of myth and history incorporated into our language and literature, and constitute a part of our rich heritage that comes from our distant past.

The search of the myths, the critical thought, the power of etymology, the knowledge of toponyms and names of mythological persons and heroes, combined with the results of excavations, give new dimensions to what we all consider mythology. In short, they clothe the fantasy and the metaphysical that have come to us, embellished by the mouths of so many generations, with a historical mantel.

The war outside the walls of Troy went on for ten years. Among the Kings that besieged the town was Odysseus, king of Ithaca, the seat of the Kefallinian state, which consisted of the island with that name, Zakynthos, Doulichio, Echinades and a big part of western Greece.

Odysseus, who was protected by Athena, was married to Helen’s cousin, Penelope and had a son, Telemachos. A prophesy had warned him that if he joined the Greek army against Troy he would suffer many hardships before he could return home. For that reason, when he was asked to take part in the campaign, he decided to pretend he was crazy. His ruse did not succeed and thus he could not avoid joining the Greek forces.
During the war Odysseus played an important role as a brave warrior as well as a capable diplomat. His brilliant idea of constructing the Trojan horse, “Doureios Hippos”, put an end to the long-drawn-out war (1193-1184 B.C.).

After the war Odysseus and his companions set off for Ithaca. Unfortunately, his return trip turned into an adventurous and dangerous journey that lasted ten long years. The voyage was an endless struggle against his fate and the avenging fury of the gods. At the end Odysseus overcame not only his personal passions, but also all the risks, the traps, and the obstacles that he met, using his free will, his endless ingenuity, his wisdom and the prudence that distinguished him.

His adventures and his return to Ithaca

Nothing is sweeter that home…

Leaving Troy Odysseus and his companions drifted away to the land of Cicones where in a battle with the unfriendly inhabitants some of his men were lost.
From there they sailed off for Ithaca but were carried away by a storm to the land of the Lotophagi, a place where the sweet but dangerous legendary lotus fruit was growing.

Following his fate Odysseus came to the island of the Cyclop Polyphemos, son of Poseidon. The giant captured Odysseus and his men and imprisoned them in his cave after eating some of them. The cunning Kefallinian decided to avenge the death of his companions and free himself and the rest from certain death. Sharpening a tree-trunk he thrust it into the Cyclop’s only eye striking him blind. In pain and anger Polyphemos opened the entrance of the cave giving Odysseus and his men their chance for a successful escape hidden under the big bellies of the giant’s sheep.

The next adventure brought the ships to the island of Aeolos, the god of the winds, where the god welcomed Odysseus and on his departure gave him a bag containing all the bad winds. Unfortunately, the curious crew opened the bag releasing the winds, bringing on themselves numerous hardships. 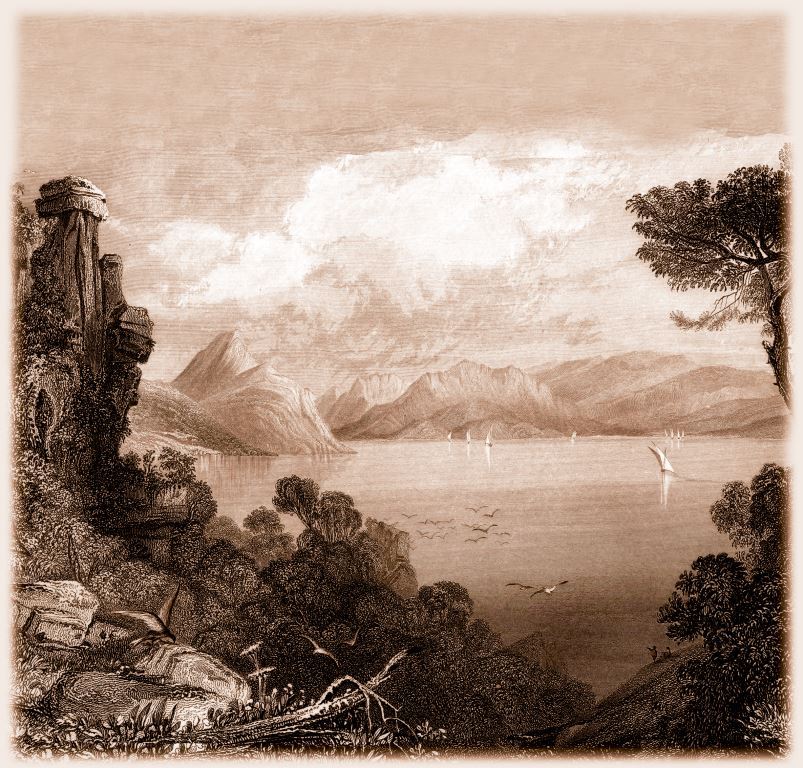 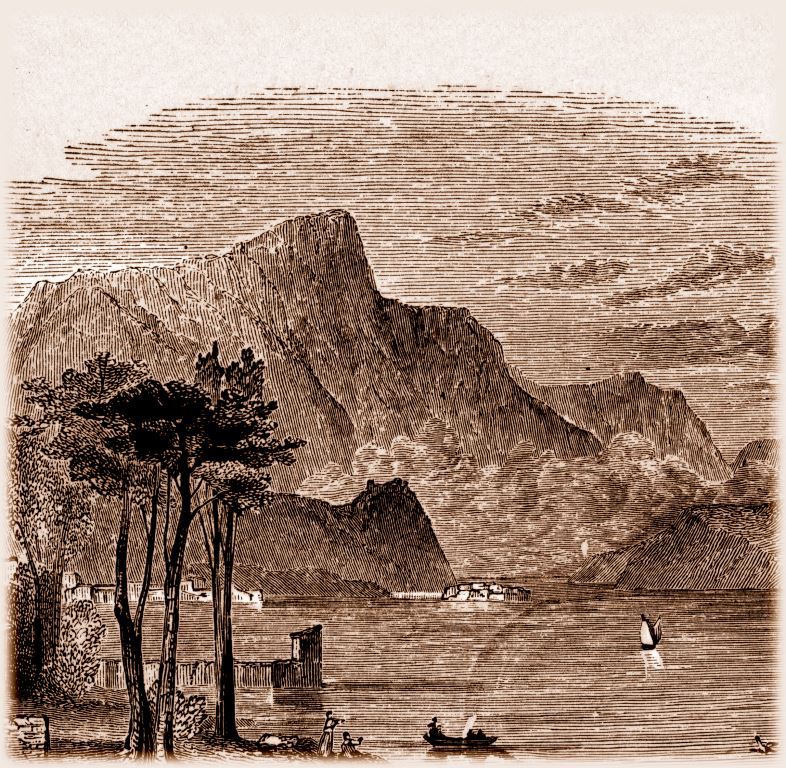 Next the ships reached the rocky shore of the man eating Laestrygones, who threw boulders against them and sunk all the ships except that of Odysseus. The winds pushed the lonely ship to the island of Aia, a place where the witch Circe beguiled some of Odysseus men and turned them into swine. Soon Odysseus forced her to turn them back into men. In Circe’s palace Odysseus and his men lived carefree for a whole year. When the hour of departure came Circe, wanting to protect him, advised him to meet Tiresias’ soul in order to find out his future.

Indeed Odysseus sailed to the country of the Cimmerians, Hades, and Tiresias prophesied the strange events that were still to come. The first of them actually soon came upon them when Odysseus’ ship reached the island of the Sirens. These were female creatures with birds’ feet who called the sailors with their beautiful songs to throw themselves to the sea and swim to their island. However while they were in the sea, bewitched by their song, they were drowned. The cunning Odysseus avoided that fate by tying himself to the mast and having sealed his men’s ears with wax.

Next the ship came to the straights of the monsters Skylla and Charybdis, through which the only ship that had passed before was the ship of the Argonauts.
In Thrinacia, the island of the Sun, he lost his only ship and all his remaining companions when they disobeyed and ate some of the oxen of the god.